When you issue proceedings against a debtor, they have various ways in which they can respond to you and the court.

Generally, most money claims are issued through the Money Claims Online service. Following submission, the claim tends to be issued the next working day and then posted out to the debtor by the court. It will be deemed to be served (delivered) on the debtor on the fifth day after it was issued, irrespective of what day that is.

The debtor then has 14 days to respond from the date of service. If the 14th day is a weekend or bank holiday, then the response date rolls over to the next working day.

If your claim is issued in a different way or by a different court then the time scales could vary but the response types below remain the same.

No Response and No Payment

No Response and Payment

The second option is that the debtor does not respond but makes payment to you. The debtor is obliged to pay the court issue fee and solicitors costs as detailed on the claim form. If you only receive a part payment from the debtor, then you can request a CCJ for the remaining sum – even if that is just the costs element.

An AOS is a form that the debtor fills in to state they have received the claim form, they can also indicate on the AOS if they intend to defend the claim. By filing an AOS, the debtor has an additional 14 days to make their formal response to the claim. It may also be the case that they file the AOS and then take no further action, in which case you would request a CCJ in default.

A full admission is the debtor admitting that all the sum claimed is due. As a creditor, you would request a CCJ following the debtor’s admission. A full admission might also be accompanied by a proposal to pay monthly.

A states paid defence is where the debtor simply states that they have paid the claimed amount. If the debtor files this, the court will write to you to notify you, and ask if you wish to proceed with the claim.

If the debtor files a defence, the matter will proceed eventually to a trial where it will be decided whether the debtor owes the money or not.

Counterclaim Technically, this is a defence and counterclaim. If filed by the debtor, in addition to disputing that they owe you money they file a counterclaim alleging that you owe them money. As with the defence, this will proceed eventually to a trial where it will be decided whether the debtor owes the money or not and whether you owe the debtor money too.

Previous PostWhat is a Statutory Demand?Next PostWhat are the Different Types of Enforcement and Which is the Best?
0Shares 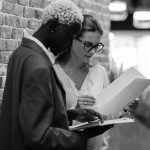 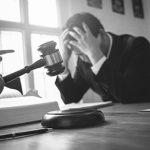