Whether you have loaned money to a customer as a financial provider, or to a friend or colleague on a private basis, not being repaid on time not only causes you significant problems with you own cash flow, but it can put a detriment on the relationship you have with the borrower. So how can you best recover money owed?

To help you recover money owed for monies loaned, Debt-Claims Solicitors wanted to find a way to communicate effectively to a debtor (who had defaulted on their payment) that the creditor wants to retain the relationship, but also wants the debtor to know that solicitors were on call if the account was not brought up to date.

The solution to this is our Late Payment Demand (LPD). Whilst it can be used by a creditor for any debt owed, it is particularly useful where there is an ongoing relationship and the debtor will have to make future payments in accordance with the contract. Our LPD is a shorter and less formal letter that reminds the debtor that a payment is due and if it’s not made within a specified number of days, that the creditor will escalate the matter for formal legal action. The softer wording used is designed specifically to make a debtor take stock of the situation and get their account in order; at the same time, our solicitors headed letter shows the debtor that the creditor is not going to tolerate the late (or none) payment any longer. A creditor can, if they wish, also claim interest and contractual costs from the debtor, specifics of this can be detailed on the LPD.

There are a few important points and steps to note about debt recovery for monies loaned:

If you or your business need to recover money owed following a loan that you have given, then let Debt-Claims collect that money quickly and cost effectively. Once you’ve registered for free with Debt-Claims and chosen the service you require, simply choose the agreement type for either ‘loan agreement’ or ‘short-term loan agreement’ and our portal will draft bespoke documents based on that agreement type. 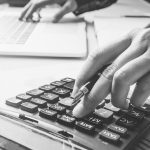 What is the Difference Between MCOL and Debt-Claims?
29 September 2022Robin Appleyard 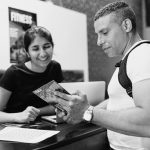 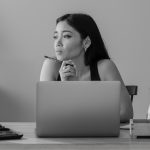